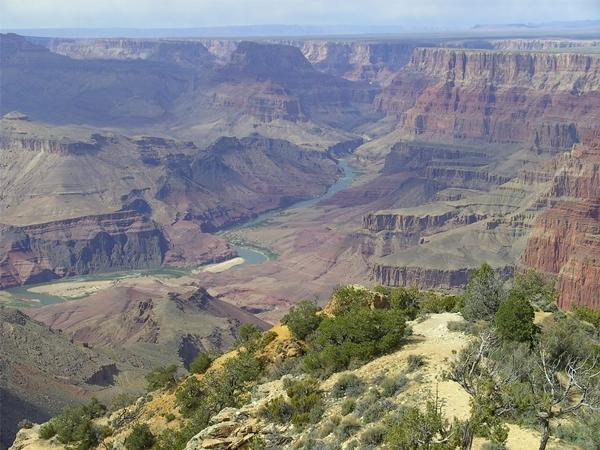 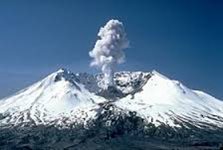 Could the Mount St. Helens eruption be a model of how the Grand Canyon was formed?

In 1980 the Mount St. Helens volcano blew lots of mud and debris into a valley and completely blocked the Toutle River. Twenty-two months later the lake that had built up behind the mud dam got too full and flowed over the top. In less than nine hours, the roaring water cut three miniature "Grand Canyons." One was 140 feet deep, 1,000 feet wide, and 2,000 feet long.

Once water starts moving rapidly, it picks up rocks, sand, gravel, and trees and cuts like liquid sandpaper through just about anything in its path. By the way, notice that the sides of the new canyon at Mount St. Helens have hundreds of layers just like the Grand Canyon. All the layers were formed as the mud and ash washed in twenty-two months earlier. 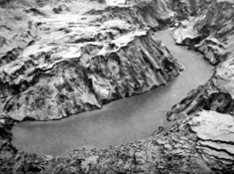 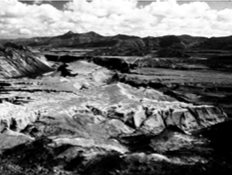 The Grand Canyon is a washed-out spillway from a big lake. It formed from a lot of water, in little time. It did not form slowly over millions of years. 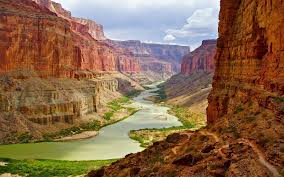 Back to Creation Testifies!